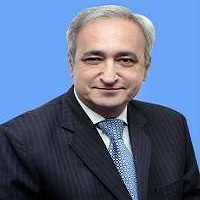 Rapid population growth in Khyber Pakhtunkhwa is mainly caused by high Total Fertility Rate (TFR), which has declined from 5.5 in 1990 (Pakistan Demographic & Health (PDHS)1990-91), to 4.3 in 2006(PDHS 2006-07) and 4.0 in 2017(PDHS 2017-18). The rural fertility remains quite high than urban areas (rural 4.2 and urban 3.1 births). Number of factors contribute towards this slow trend of decrease in fertility that include low contraception adoption, particularly in rural areas, perpetuated by low educational attainment especially by female, demand for large family size, inadequate determined attention to promote birth spacing and on account of a number of barriers faced by the potential clients including social and cultural pressures.

Population Welfare Department Khyber Pakhtunkhwa while recognizing the importance of Family Planning and Reproductive Health and keeping in view the sanctity of socio-cultural setting of the province, is making all out efforts to bring the population at a sustainable level. Population Welfare Department has been providing best possible Family Planning and Reproductive Health services to married couples through a network of facilities including 682 Family Welfare Centers (FWCs), 35 Reproductive Health Services Centers (RHSC-As) & 41 Mobile Service Units. The contribution of these facilities in increasing the Contraceptive Prevalence Rate (CPR) to 31 percent and decreasing the Total Fertility Rate (TFR) to 4 Children per woman is well documented in different survey reports. (source: PDHS 2017-18)

An extensive training programme is in place that is being implemented through three Training institutes at Peshawar, Abbottabad and Malakand to cater for the human resource development, which is vital for provision of quality family planning services. Communication Strategy has also been developed to create awareness among the masses about importance of our cause. The Department is also bringing innovation in the management system, especially in digitalization of monitoring system that is essential for ensuring quality services up to the last mile. A Reproductive Health Care Rights Act has been enacted that not only recognizes Reproductive Health as a right of Woman, but it also gives a regulatory role to Population Welfare Department for streamlining Family Planning and Reproductive Health services in the province.

The 2018 Suo Moto notice of the Supreme Court of Pakistan regarding “Alarming High Population Growth rate in the Country” resulted in Council of Common Interests (CCI) recommendations in 8 Areas. This is a good omen for the Department as it has brought the issue of High Population Growth Rate to the fore front. A Task Force under the able leadership of Honorable Chief Minister Khyber Pakhtunkhwa has been constituted to take stock of the situation and support the Department and sister organizations in implementation of the Action Plan that has been developed for achieving the Goal of bringing Population Growth at sustainable level.