Message of the Special Assistant to Chief Minister

Home / Message of the Special Assistant to Chief Minister

Message of the Special Assistant to Chief Minister 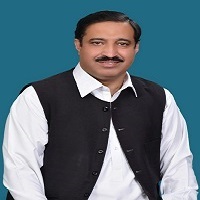 Ensuring access to Family Planning and Reproductive Health Services is one of the priorities of the Provincial Government. Population Welfare Department, being one of the key stakeholders is entrusted with fulfilling this mandate of the government through a network of service delivery centers throughout the province.

Population of Khyber Pakhtunkhwa has been increasing at an alarming pace of 2.8% per year. It has more than doubled what it was 20 years ago. With the Population Growth Rate (PGR) of 2.8 per annum, the population of Khyber Pakhtunkhwa is going to get doubled by the year 2042. Over the years this increasing trend in population has changed the whole demographic scenario of the province, whereby, huge number of young people have entered into their married life, who if not proper guided about Family Planning, could become a source of accelerated increase in the population. The Socio Economic Development made in the previous few decades are rather offset with this additional population. We all know that due to various reasons, be it family and societal pressures or personal choice, the main reason for high Population Growth Rate is want for more children that results into very High Fertility and Birth Rate.

The relation between Population Growth and socio economic development is well proven. Our neighboring as well as Muslim countries have made manifold progress through investment in the field of Family Planning and Reproductive health. Our progress does not match the countries, where investment in Family Planning and Reproductive Health has been given top priority. We are still behind the neighboring countries in a lot of development indicators. Therefore, if still left unattended, the population will further grow in the coming years making it rather a bigger challenge for families and the government. Cities would become overcrowded, while families will suffer due to weaker health of mother and child. This would also tend the government to divert additional funds for health service delivery leaving little funds for the much needed infrastructural and other socio-economic development projects.

The Provincial Government is committed and has given much needed attention to Family Planning and Reproductive Health. Universal accessibility to Family Planning / Reproductive Health services is being ensured not only through the Service Delivery network of Population Welfare, but the wider network of Health and private sector service delivery are also being utilized for achieving the purpose.  The Provincial Government has also constituted a Provincial Population Task Force on Population Welfare under the Chairmanship of the Chief Minister to take stock on the progress of Council of Common Interest recommendations that aim to bring down the Population Growth Rate through different actions of the government and private sector.  To realize plans into actions, the Provincial Task Force approved a 5 Years Action Plan as well as a provincial narrative on Population Welfare.

No doubt, there are challenges ahead, but with commitment and resolve of the Government, partnership and coordination with sister departments and non Government organizations, the goal of sustainable population will be achieved for development and prosperity of the province.